What incentives are available for businesses in Alberta, British Colombia, and Saskatchewan (Canada) to help the transition to renewable energies?

What if you were paid for the transition of your building to renewable energy? 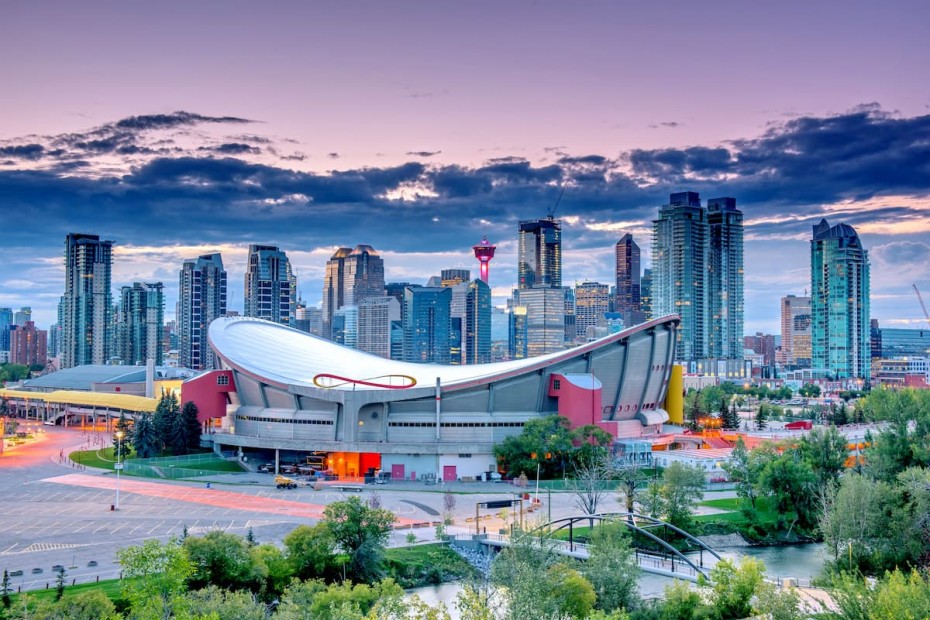 This article is the third and last of a series of three articles analyzing the country’s energy profiles and presenting the various programs and incentives available for businesses across Canada to help them fully or partially transition to renewable energy. Previous articles presented programs available in the Atlantic provinces of Canada and Ontario, Canada.

In this article, we’ll look at the programs available in Alberta, British Colombia, and Saskatchewan.

The Canadian government offers attractive tax savings to make the energy transition available to all provinces. Under classes 43.1 and 43.2 described in Schedule II of the Income Tax Regulations, certain capital costs associated with systems that produce energy from renewable energy sources or from fuels derived from waste or who save energy by using fuel more efficiently are eligible for an accelerated capital cost allowance.

The Adoption Stream will provide non-repayable contributions (Get up to 50% of costs covered) to support the adoption of clean technology by Canadian farmers and processors, to meaningfully reduce GHG emissions.

The program will further prioritize projects through 3 priority areas:

Alberta's emissions have increased 60% (between 58% and 62% depending on the source) since 1990, placing the province in first place nationally for Greenhouse gas emissions. Primarily due to the increase in the oil and gas industry, the province registered 275.8 megatonnes (MT) of carbon dioxide equivalent in 2019, just 15.3 megatonnes less than all provinces combined except Ontario.

Alberta’s GHG emissions per capita are the 2nd highest in Canada at 64.3 tonnes of CO2e – more than three times the national average of 19.6 tonnes per capita. The largest emitting sectors in Alberta are oil and gas production at 50% of emissions, electricity generation at 16%, and transportation at 11%.

About 91% of electricity in Alberta is produced from fossil fuels – approximately 43% from coal and 49% from natural gas. The remaining 8% is produced from renewables, such as wind, hydro, and biomass.  Alberta’s wind fleet has a capacity of 1 467 MW, ranking it 3rd highest in the country after Ontario and Quebec.

According to energyhub.org, Alberta has the second largest potential for solar production, behind Saskatchewan.

The program is designed to support more than 160,000 small- and medium-scale enterprises in Alberta.

(Note: Solar PV applications are no longer accepted according to the organisation’s website.)

Carbon offsets from the Micro-Generation (Distributed Renewable Energy Generation) Protocol are a possibility for small scale solar and wind power production. The potential return being around a cent per kWh at current carbon prices.

The Town of Banff encourages property owners to install solar photovoltaic systems that produce renewable electricity. The program is funded from the environmental reserve, which is generated through a franchise fee that the electrical utility pays to use the space under the streets to run its wires for providing electricity.

The Town of Banff Solar PV Program is a post-install rebate program, with funding based on the size of solar system installed. Eligible participants install a solar PV system on their home or business, and then receive a financial rebate from the Town, based on the size of the solar system installed. The Town provides eligible participants with a rebate of $750/kilowatt (kW) of solar capacity installed, to a maximum of 20 kW.

Receive funding to install solar PV on municipal facilities or land to save on energy costs and reduce your environmental impact.

Municipalities in Alberta can submit multiple applications, but each municipality can only apply for rebates up to $1.5 million, including any bonuses.

Under the Electric Utilities Act, the Micro-generation Regulation, allows Albertans to meet their own electricity needs by generating electricity from renewable or alternative energy sources.

Micro-generators producing excess electricity receive credits for what they feed to the grid. They are either:

Micro-generators must apply to their distribution company to connect and operate a generating unit. The Alberta Utilities Commission (AUC) is responsible for overseeing and making AUC decisions regarding the Micro-generation Regulation.

Although not directly a financial or incentive program, Edmonton’s Corporate Climate Leaders Program supports the growing number of Edmonton organizations that are concerned about climate change and want to take action.

The goals of Edmonton’s Corporate Climate Leaders Program are:

Learn more about the city’s Change For Climate initiative, and Change Buildings for Climate.

Saskatchewan is Canada’s 4th largest GHG emitter with 74.8 MT in 2019. In contrast with Ontario and Quebec, emissions in Saskatchewan increased by 10% (7.0 Mt CO2 eq) between 2005 and 2019, primarily due to increases in activity from sectors such as transport and mining.

Saskatchewan’s emissions per capita are the highest in Canada at 67.7 tonnes of CO2e – 246% above the national average of 19.6 tonnes per capita.

The largest emitting sectors in Saskatchewan are oil and gas production at 33% of emissions, agriculture at 23%, and electricity generation at 20%.

Like Alberta, about 83% of electricity in Saskatchewan is produced from fossil fuels - approximately 43% from natural gas, 40% from coal, and a very small fraction of petroleum used in remote off-grid communities. The remaining 17% is produced from renewables, primarily hydroelectricity.

The largest sector for energy demand in 2017 was industrial at 59% of total demand, followed by transportation at 20%, commercial at 14%, and residential at 8%. Saskatchewan’s total energy demand was the 5th largest in Canada, and the 2nd largest on a per capita basis.

Southern Saskatchewan has some of the highest solar photovoltaic potential in Canada, with Regina and Saskatoon receiving an average 7.15 kilowatt hours per square metre (kWh/m2) and 7.1 kWh/m2, respectively.

Southern Saskatchewan also has some of the highest wind energy potential in Canada.

Make your own power and use it to lower your power bill.

If you make more power than you can use, your credit will carry over to the next month's bill. Energy options include Solar, Low-Impact Hydro, Biogas/Biomass, Flare Gas and Waste Heat Recovery.

You can learn more about the program by reviewing the User Guide and Terms and Conditions.

Number 5 in Canada’s Top 5 GHG emitters, British Colombia had an increase of 4.3% of its emissions between 2005 and 2019, essentially due to increasing emissions from the transport and the oil and gas extraction sectors. Provincial emissions have increase 20% since 1990.

However, B.C.’s emissions per capita are one of the lowest in Canada, at 12.6 tonnes of CO2e and the largest emitting sectors in B.C. are transportation at 37% of emissions, oil and gas at 22%, and heavy industries (including smelting, cement, and chemicals) at 14%.

Like Quebec, about 91% of electricity in B.C. is produced from hydroelectric sources and a total of 98% of the electricity produced in B.C. comes from renewable sources.

B.C. has more than 18 000 km of electricity transmission lines and more than 55 000 km of distribution lines. Four interconnections link B.C.’s electricity system with systems in Alberta and the U.S.

BC Hydro net metering program is designed for those who generate electricity for their own use. When you generate more than you need, you feed it back to the grid and get a bill credit towards your future electricity use. When you don't generate enough to meet your needs, you buy it from BC Hydro.

If you still have generation credits at your anniversary date (March 1st), BC Hydro pays you for the excess electricity at the market price.

All customers whose electricity generators meet the following criteria are welcome to participate:

The program provides point-of-purchase rebates on eligible passenger vehicles of up to:

If you own or have a long-term lease on a commercial, industrial or institutional building in Alberta, Saskatchewan or British Colombia, we invite you to explore the benefits of renewable energy.

Transitioning your building(s) to renewable energy is easier than ever and can help you reduce your GHG Emissions, increase your resiliency and even reduce your energy costs.

And with solutions like vadiMAP, you can easily find out the potential of renewable energy and receive a personalized energy system prescription for a fraction of the cost normally charged by traditional engineering firms.