When Things Get Real; The Edmonton Convention Centre

Amazing nanogrid realizations from our partners across North America 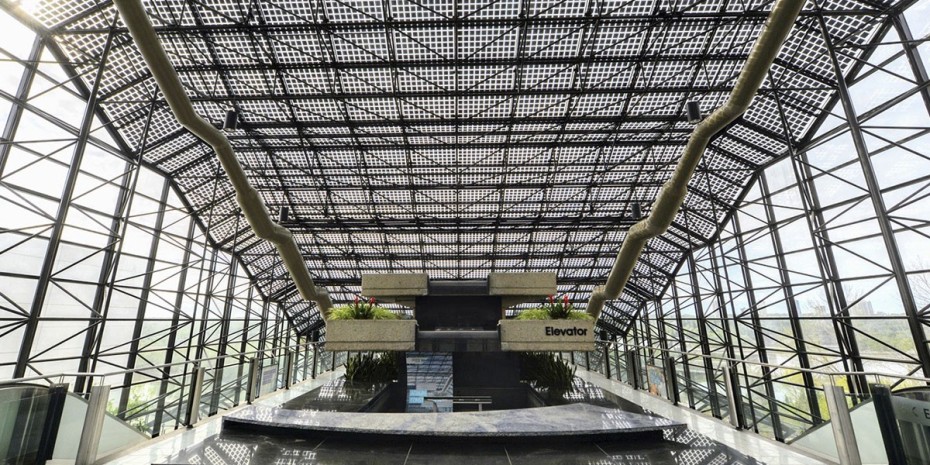 The energy transition is already well underway for many businesses in North America and all around the world. Hundreds of organizations are now using various forms of renewable energy to complement, and even replace, traditional energy sources and thus reduce their carbon footprint, increase the resilience of their building, and reduce their energy bills.

When Things Get Real is a series of articles showcasing the success stories of our partners, with the goal to inspire other organizations to explore the transition opportunities that are now even more accessible.

The Edmonton Convention Centre – The largest BIPV system in Canada

The project we decided to present this month is one of the most difficult projects to execute and most beautiful projects in Canada according to many, including Kuby Energy, one of the key partners on this project.

The $10.8-million project to modernize the atrium of the city owned Edmonton Conference Centre, was founded by the City of Edmonton in Canada and completed in June 2020. Approximately half of the building’s 697 sloped glass panels were replaced with photovoltaic units to create the largest building integrated photovoltaic (BIPV) system in Canada. 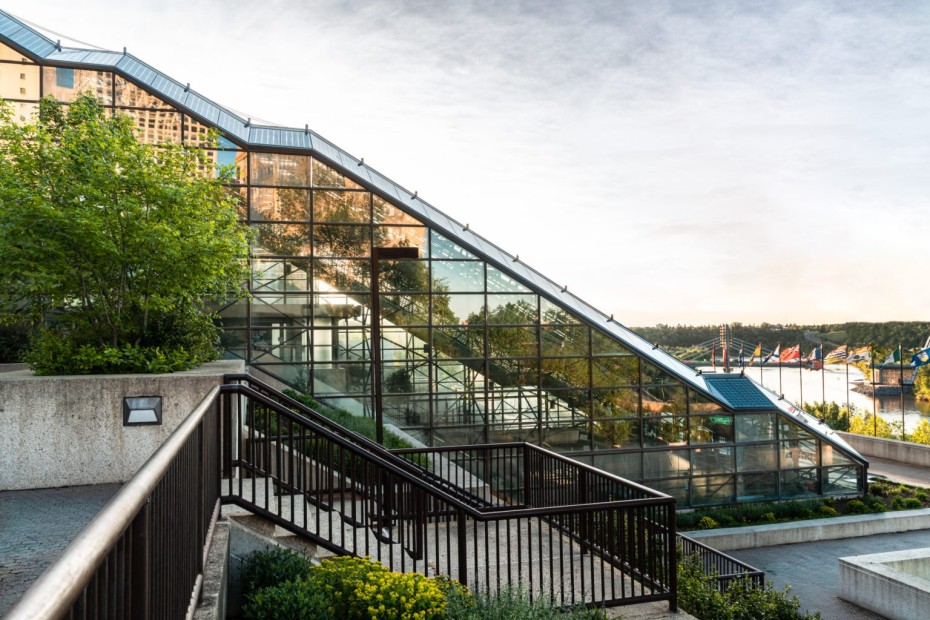 So what exactly is a BIPV?

Kuby Energy, one of the firms involved on this massive project, defines BIPV as a special class of solar power system where the solar glass forms part of the building's envelope. This is often achieved by using transparent glass with solar cells embedded within the panes. These are not standard solar modules, but are PV integrated glazing units (IGU's).

BIPV is also achieved by using amorphous silicon glass. This glass does not have any solar cells and looks like a normal piece of glass - except it generates electricity.

“(Sustainability) is something that’s always been ingrained in our business but also in our company culture,” Melissa Radu, the Edmonton Convention Centre’s sustainability manager, told Postmedia and as reported by the Edmonton Journal before the project launch in June 2019.

“Our staff and our guests are really excited for the announcement of the building-integrated photovoltaic installation because it kind of continues that roadmap to create a more sustainable footprint for us.”

The city expected the solar panel installation to reduce greenhouse gas emissions by more than 150,000 kilograms each year.

As the Edmonton Convention Centre reported on its website, “with an average of 2,344 hours and 325 days of bright sunshine a year, Edmonton is the second sunniest city in Canada. That’s why the south-facing slope of our atrium is the ideal structure to harness the sun’s powerful energy.” 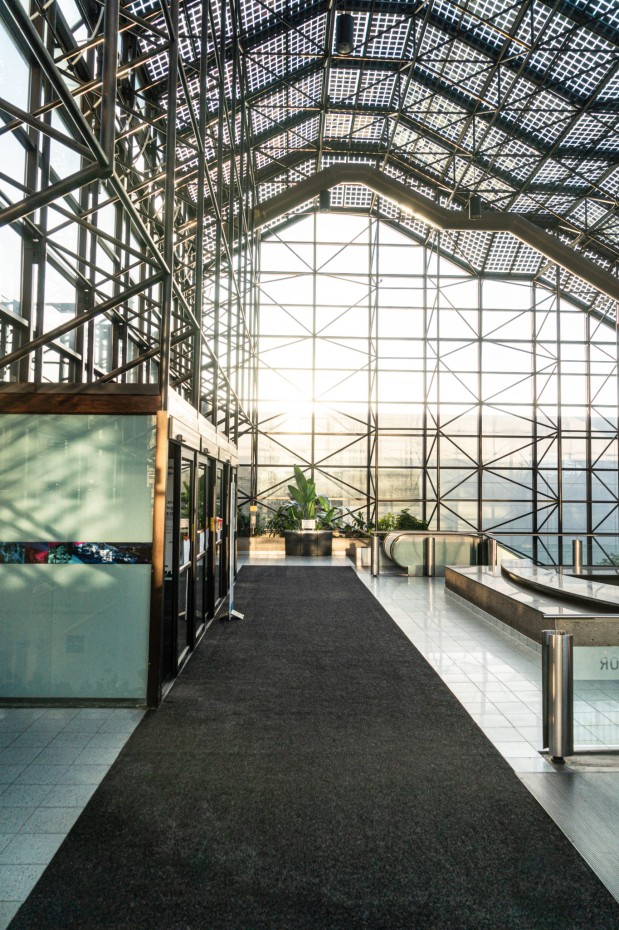 “With the shear size of our building, it should be no surprise that the largest percentage of our greenhouse gas footprint comes from the procurement of energy—nearly 70% of our total emissions,” said Melissa Radu, Sustainability Manager, Edmonton Convention Centre & Edmonton EXPO Centre. “Generating renewable electricity onsite, while also becoming more energy efficient, is one of the best ways to make real progress towards slashing emissions.”

“The completed installation means we are now producing our own clean, renewable energy right on our roof—like the cherry on top of an already sustainable building. In fact, approximately 200 megawatt hours of electricity are anticipated to be generated by the installation each year, with a reduction of nearly 150,000 kg of greenhouse gas emissions,” reported the Edmonton Convention Centre.

The installation was formally completed in June 2020 and as an artistic component, the south roof was inscribed with the text of the poem "Gift of a river" by former Edmonton Poet Laureate E. D. Blodgett, rendered in morse code.

where a river wells up

uncoiled from the ice

where snug behind the land

it lay dreaming at

our feet in quiet sleep

Do you have a project to submit for When Things Get Real?